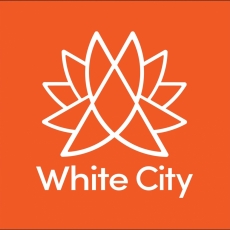 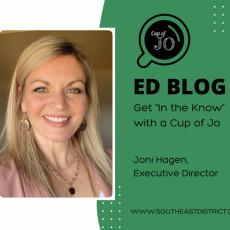 Volunteer recruitment and retention have continually been a challenge for sport, culture and recreation groups, and now post-COVID, it is harder than ever to re-engage volunteers into our organizations. Volunteer run organizations often pour all their time and effort into an event or task and... 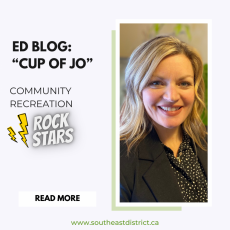 Many communities employ Recreation Directors {aka “recreation rock stars”} to oversee the many programs, spaces and facilities, and events that contribute to our quality of life and wellness. Recreation Directors are typically hired by the municipality and take on several roles, one often being... 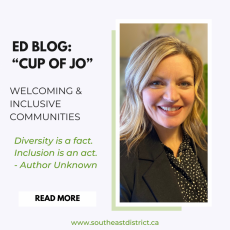 Diversity is a fact. Inclusion is an act. - Author Unknown Municipalities and sport, culture and recreation organizations are all key players in creating welcoming and inclusive communities. Multicultural Council of Saskatchewan defines a Welcoming & Inclusive Community as a community where... 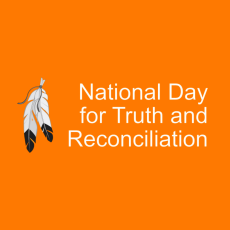 National Day for Truth and Reconciliation

South East Sport, Culture & Recreation District will be closed on September 30th in honour of the National Day for Truth and Reconciliation. This date coincides with Orange Shirt Day and is intended to provide Canadians with an opportunity to recognize and commemorate the tragic history and... 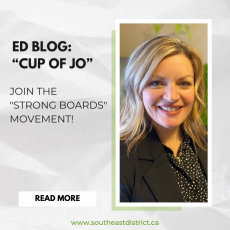 Voluntarism continues to be very important in the sport, recreation and culture sectors. Many organizations rely heavily on volunteers for day-to-day operations such as programming, fundraising, facility management and finances. However, we all know there are significant demands on... 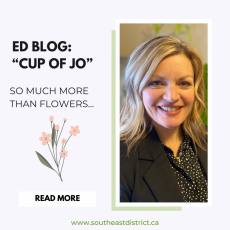 I was recently inspired by a presentation made during a Communities in Bloom webinar hosted by all the Sport, Culture & Recreation District organizations in the province. If you want to create community pride, engage residents, and “tidy your town”, Communities in Bloom (CiB) is a program... 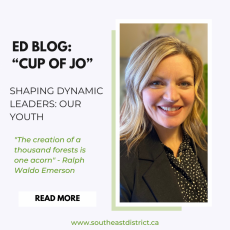 "The creation of a thousand forests is one acorn" - Ralph Waldo Emerson Every year, we see communities hiring youth for various summer positions - to work at the pool as lifeguards, the regional park as camp or activity leaders, sport groups as assistant coaches, and/or the museum/library... 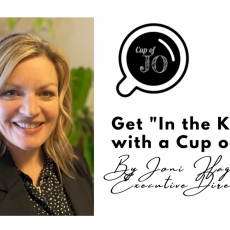 "Design programs with a diversity lens!" Last month, I delivered a webinar focused on new ideas and trends in sport, culture and recreation programming. I researched and compiled best practices from various municipalities across Canada and found that there is so much opportunity for creativity.... 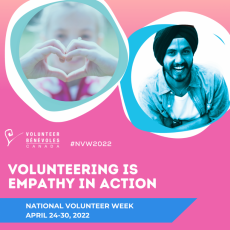 Volunteers Bring Heart To Canada’s Communities!The National Volunteer Week theme for 2022, Volunteering Is Empathy In Action, affirms the strong connection between volunteerism and empathy. This profoundly human connection is at the heart of healthier individuals and stronger communities.... 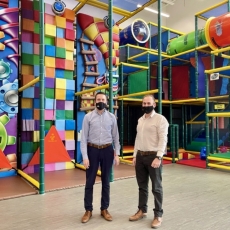 On October 16, 2021, the City of Weyburn officially opened their new multi-purpose sports, culture and recreation facility, the Credit Union Spark Centre. To learn more about this facility, I spoke with Andrew Crowe, Director of Leisure Services for the City of Weyburn. In our conversation,... 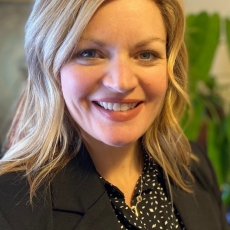 ED Blog: Become A "Winter Town" And Embrace The Cold!

"To appreciate the beauty of a snowflake it is necessary to stand out in the cold." - Anonymous I have been doing a lot of reading lately on the winter strategies that local governments are creating to try to get people outdoors more in the winter season - and to embrace and celebrate...